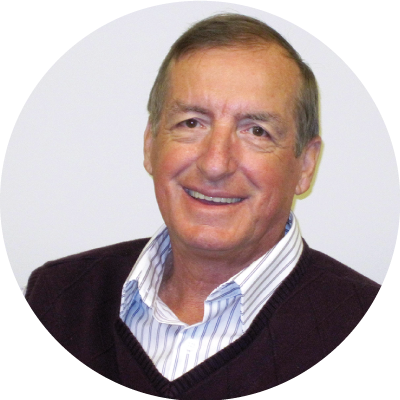 Born in 1948 in Caribou, Maine, married in 1967, having four children who are now grown and blessing the family with grandchildren. Though I am a successful entrepreneur, my greatest passion is to help awaken those that are ready to hear the expanded truth about why we suffer, and how we can stop that suffering just by learning about “who we truly are at our core essence.” I am a innovate prophet and channeler, a pioneer in New Energy Expansional Consciousness, and I have been told by the Ascended Masters that God is not someone that is above you but is symbolic for describing oneself as the authoritative power behind the throne.

From channeling the Ascended Masters since 2004, I have learned that there is no “divine will” to follow but our own – for the God we seek is not in a book or in a church, but is within each and everyone of us, no matter if one is good or bad.

Since my awakening I have dedicated myself to the written words presented in the Bible and how we humans have faithfully interpreted them with a literal undertone. Man has always been confused over the Bible’s examination of the written words because of how they take them literally as truth, especially Genesis’ story of creation and the Book of Revelation. Even the Ascended Masters have spoken about the Bible’s strict literal language and its many rewritten versions, and they advocate that the Bible today should be rejected because of it.

As the Masters know, mankind is feeling lost and alone right now without understanding why. It comes from the mental activity of their own beliefs and their stubbornness to do any research. It is our belief systems that keep us from being creative because we are stuck in a mental orientated belief that “all that is, is good, bad, a God and a Devil, and that power is real.” This belief moves everyone toward making judgments from emotional level instead of seeing one working out their own divine plan that they made with their own “I AM” Christ spirit eons ago to become awakened to the reality that they are God and the Christ at their core essence.

If you would like to know more about healing your situations in life, then contact me at terry@nei.net. If you are looking for a one on one channeling session, or if you prefer, a group session about “life,” and how you can make “consciousness and energy” work for you, then email me to make an appointment. With the help of the Ascended Masters that I work with, I may be able help you unlock your three-dimensional consciousness, thus finding your light and magic, giving you a better and healthier life.

My authored books are: Genesis: Your Journey Home – a book that opens you up to the core essence of “who you truly are and your true purpose.” The Book of Revelation: A New Beginning, a book that opens up the gates of your soul memories and the many lifetimes that you have lived. Unlocking The Consciousness of Your Soul, a book that opens up the memory of “where you began as a souled being;” The Fall of The Church, a book that describes how we have been bamboziled by Religion and our governments and how they have taken over all aspects of our lives including our Holy Books, our politicians, the media, and our governments, locally, state wide, and all countries throughout the world. The Forgotten Wisdom Behind Genesis Story of Creation, as this book takes the literal writings on the “story of creation” and places it in simple understandable language for better understanding God, who he is, and who he isn’t. And my new book coming out in the summer of 2021: You Are Not Who You Believe You Are, a book that dives deep into channeled material from all his encounters with Jesus and the Ascended Masters about “no matter how we slice reality and its meaning, it has all been a Big Lie.”

Know that what is known and taught in our Holy Books of today have been rewritten many times over. Thus, giving us a “God of inconsistencies and a God of fear and jealousy.” All of which have led us into a belief of sin, death, power, control, and slavery. Know that our freedom has been taken away all because of not knowing that it’s all been a big lie, including that we sin.

If you are ready to move forward and explore a “New Method” in reclaiming your power as a God and a Christ also, for that is who you truly are at your core level, then email me at terry@tnewbegin.net or Nancy Salminen at toddypond333@gmail.com to set up an appointment where I, Nancy Salminen, and the Ascended Masters will come and do a channel on the subject to a group gathering at your home or a place of preference. (Preferrable the group be up to at least thirty people)

” Awesome inspiration and wisdom as Jesus has presented for those who are ready to see and hear spiritually. Thank you and bless your heart, Terry, for sharing your divine wisdom with us all!”
- Sammy

“I’ve found this book to be one that comes closest to the truth of our being.”
- Larry Vorwerk